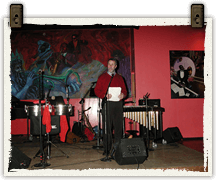 Victor Parra grew up the youngest of 15 children on Chicago's Westside. His father was a barber and musician who played at weddings, baptisms, and whatever neighborhood functions called for traditional Mexican music. While Victor acknowledges Mexican music as his background, he eventually discovered the drums and rhythms of Cuban music. After being stationed in Panama during a brief stint in the Army, he bought himself a conga drum. Thereafter he devoted himself to collecting and playing Afro Cuban music. Some of his favorite performers include Benny More, Tito Puente, Machito, and the Orquesta Aragon.

Victor leads the Mambo Express Afro Cuban band, specializing in the sounds that came from Cuba, he fell in love with the rhythm. With skilled instrumentals and rich vocals, they bring the history back in their performances. In addition to leading the band, Parra hosted a Radio Show on WBEZ 91.5 FM's weekly for over 15 years."The Mambo Express."

Parra explains his favorite music as follows, "Mambo came out the Danzon, the slow-paced Cuban music of the middle 40s. Danzon was a rhythm that kept repeating itself while staying in one place. Innovative musicians changed the bass line in the middle of songs and gave it more syncopation. Then someone came along and put some swing into it. Once you got into the swing, that was called the Mambo. Blackness came into the music with the conga drum." The Mambo Express, has performed at The Jazz Fest, Taste of Chicago, Summer Dance, to mention a few.

"At the age of 5, my mother tells me that I made my way up to a stage where she had taken me to see a show. While she was distracted, I left her side and got on stage, dancing and singing until she got me off stage. Here in Chicago, I sang at the age of 8 for Mayor Richard Daley Sr. for more then five years, My sister and I serenaded the Mayor with a Mariachi Band on his birthday. We also worked for the mayor at several events such as, the Museum of Science and Industry for 4 years representing Mexico. "

in Christmas Around the world

"At the age of 17 I began my professional career along with my sisters in Mexico. We toured with the well know artists from Mexico such as Alfredo Jimenez,Lucha Villa, Julio Eglesias, Vicente Fernandez, working under the Corona brewing label. We toured across the county under the name The Golden Sisters. I have also performed throughout the world, under contract with Intercontinental Hotels. My music has taken me to Puerto Rico, South and Central America, Europe, Africa, and the Caribbean Islands. I recorded my first single with Borinquen Records and the first album in Mexico for Columbia Records. I composed my first song for Puerto Rico. Worked with the mambo express for 30 years and now presently leading the mambo express and it is now called Connie Parra Mambo express."

About Victor Parra and the Band

The group performs Afro Cuban Music, Mambo, Cha,Cha,Cha, SonMontuno, originating back in the 40s and 50s. We have been a band for more than 30 years, and share our love of the music with you on weekly occasions at select clubs around Chicago. Give us a call if you are looking for unique but perfected sounds to liven up your parties or special occasions. CON SABOR DEL ALMA! 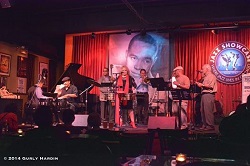 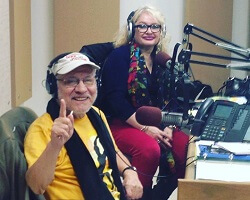 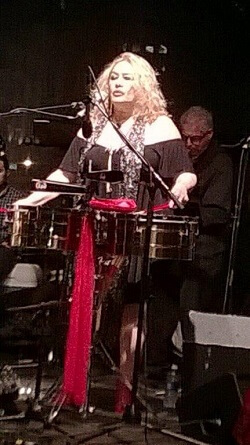